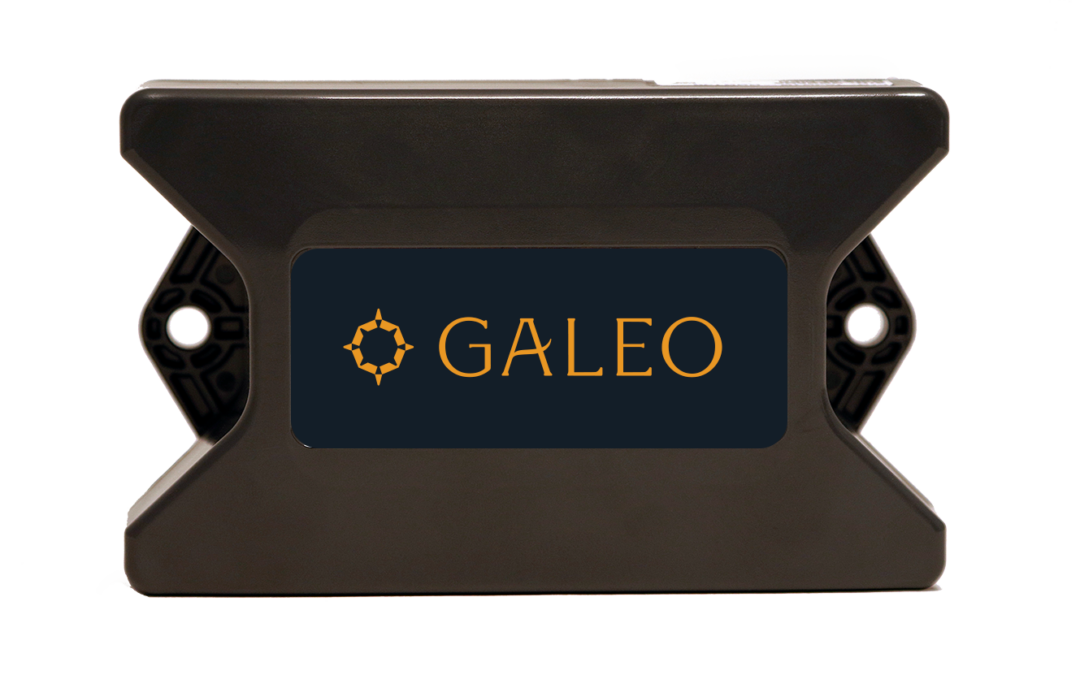 The Galeo Pro tracking device is about the size of a whiteboard eraser, measuring 5.25” x 3.25” x 1.6”. The tracker can be installed using two M6 fasteners, or the included Very High Bond (VHB) tape, making it easy to install on a variety of trailer types. Galeo Pro can be configured to send an alert when it senses motion, and depending on how it’s mounted, it can even detect when a trailer door is opened.

The Galeo Pro device will retail for $249.99, and a data plan is required for cellular location and alert services. The cellular service is activated through the app, with no trips to a Verizon store for SIM cards or activation. Plan options are the industry’s lowest, at $1.99/month, $19.99/year, or $49.99 for a 3-year plan.

“We invented this system because many thousands of trailers are stolen every year in the United States, but fewer than 25% are recovered,” said Jeff Johnson, President of The Galeo Group. “With the advent of new cellular technologies, we seized the opportunity to create a product with an affordable subscription price to protect any trailer and its contents from theft.”

Built with an IP69K environmental rating, Galeo Pro is the most rugged outdoor tracker on the market. This device was purpose built for the challenging snow, dust, and rain environments, and can even withstand pressure washing when a trailer is being cleaned.

About The Galeo Group

The Galeo Group is a consumer electronics company leveraging emerging cellular technologies to solve previously unsolvable problems. Through the innovative application of these technologies, Galeo delivers fully integrated hardware and software offerings. The company is privately held, with headquarters in Fargo, N.D. All products are designed, built, and supported in the USA.

FREE STANDARD SHIPPING ON ALL ORDERS!